NYAFF Capsules : THE GIRL AND THE GUN and FORBIDDEN DREAMS

THE GIRL AND THE GUN
Driven forward by one of the best scores I've heard in a long time the film is the story of a put upon young woman and what happens afterward as it passes between hands.  This is a very good drama highlighting the violence inherent in the system and how violence always unexpected consequences. 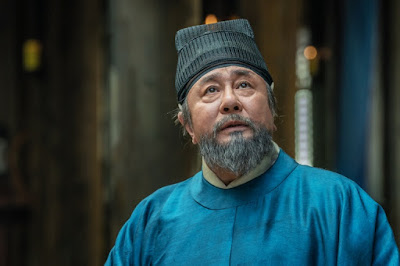 FORBIDDEN DREAMS
When the emperor finds out that the king has an astronomical advisor making machines that explain the heavens, he orders the machines destroyed and the scientist brought to him. The king however doesn't want to do that.

Choi Min-sik, who is one of thw coolest actors I've ever run across in real life, gives a magnificent performance as  the man of science being protected by the king in a film that is based on a true story (with lots of fiction mixed in)...unfortunately the if you're not familiar with the history you are going to be more than a little at sea. Yes I could follow the smaller tale but the larger story of the politics of the country had me completely lost from the get go. I kept checking the run time to see if I had somehow moved the film ahead.

On its own terms it's  a good film but not having a context for events hurts it in the long run.
Posted by Steve Kopian at September 05, 2020