Crackpots and Visionaries in SEX AND BROADCASTING: A FILM ABOUT WFMU (DOC NYC 2014) 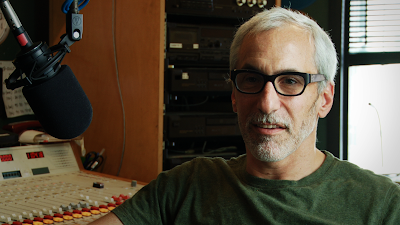 For some, the conjoined letters WFMU is an institution. Others may have a more passing knowledge of it, while others still may have no connection at all. To those individuals in the first group, for whom it’s no exaggeration to say the New Jersey based radio station is something of a lifestyle, the world premiere of the documentary SEX AND BROADCASTING will be a celebration. For the latter groups, it will serve as a brisk and often amusing introduction to the singular organization, with insights into its history and the eccentric personalities that make it run. With its spirited rally for independent thought, it would be no surprise if it wins a few newcomers over into the loyal follower category before it is done.

What distinguishes WFMU, once distributing its sounds primarily via the FM frequency 91.1, throughout the tri-state area rather spottily and now available internationally through its website wfmu.org, is its identity as a 100 percent ‘free form’ station, and its strict adherence to the philosophy this entails. Commercial interests and government funding are not a part of the picture (though adhering to government regulations is, and plays a significant role in its struggles), and as such, its programming is completely up to those occupying the sound booths. Which the volunteers at WFMU do for reasons that don’t include monetary compensation. The result is programming without kotowing to outside whims. It is done purely out of the love of music and joy of presenting a good program. All this is expressed by the DJ’s and behind the scenes folks, in earnest, and far more passionately than any write up of the film can capture. 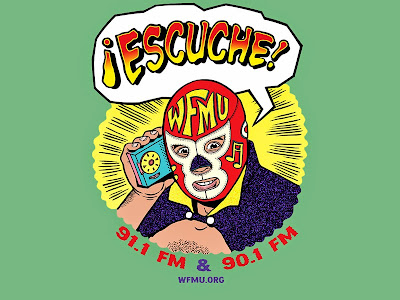 At the center of SEX AND BROADCASTING is the cast of characters running the soundboards of the station. While they share an undiluted passion for their work at the station, they are a group more notable for their differences than what they common ground. Among the devotees to all manner of sonic explorations, there is Kenny G, who is driven by an unwavering pursuit of the ultimate provocation, at the cost of listeners’ patience and monetary resources lost to fines. On the other end of the spectrum is Tom Scharpling, a DJ whose slow but transcendent rise to fame is owed to his insistence on bucking the ways of his peers and giving up his music-centric show for a talk based comedy one instead. As a result, he eventually generates enormous financial support during the station’s annual fund drives. (Scharpling, with his impressive garnering of friends and fans within well respected music and comedy circles is undoubtedly due to be canonized in his own documentary). At the forefront of these personas is Station Manager Ken Freedman, whose vocal charisma instantly shines through, making him a perfect fit for leadership, fit to wrangle these diverse and often challenging crew members, yet with a rogue-ish streak  suggesting he belongs as much with them in the asylum as he does in the central command post.

Add to this dynamic, the curious partnership with the Judeo-centric right-of-the-dial leaning JM In The AM morning program and you get a true sense of the diversity and spirit of tolerance that allows this anomaly to persist. It’s a far more significant achievement than a mere coexistence of slightly different shades of acceptable cool.

Clearly, the station is far from operating like a well-oiled machine, but it wouldn’t be nearly as interesting if it were. Getting a glimpse of Freedman navigate the chaos should be illuminating for long time listeners of the station and newcomers alike.

The note of financial need, which comes inevitably of running an independent venture such as this, may strike some viewers as a bit overbearing. It does make up a considerable portion of the film’s narrative. To this I would suggest that you are seeing a pure and genuine reflection of SEX AND BROADCASTING’s subject at this moment. While WFMU has been around, in one capacity or other, since the 1950’s, this is more of a current look than a historical account. In this way, the documentary is a vital statement of its time, where turning to crowdsourcing is not mere fad but a necessity upon which an increasing number of artistic ventures’ survival is hinged.

It also says something about the very classic form of radio that WFMU embraces; one that makes a natural home for on air personas who do not just have a clear and palatable broadcasting voice, but rather have a knack for promotion…hawkers, carnies, zealots and the like who have a gift of persuasion, even if it is presented, as in the case of DJ Pseu Braun, through a gauze of curmudgeonly misanthropic delivery.

As noted, this is not the story of WFMU, not in its entirety anyway. Many listeners will be able to point out historical omissions…Glen Jones’ bid for Guinness Record with the at the time longest continuous radio broadcast; its fantastic run of government subsidized concerts including a July 4th free show with Sonic Youth, and Ken’s self inflicted Eagles tattoo in the name of getting pledges during one of the station’s fundraisers to name a few. But to those that see this as a sticking point, I ask: How many hours would a complete and thorough history of the station and its numerous DJ’s entail?? Far more than this easy to digest independently financed film. Perhaps if this were a WFMU multipart miniseries, it would be possible. To this end, while for now SEX AND BROADCASTING is being touted as the WFMU documentary, I’d like to think it will one day be a WFMU documentary, joined by others that tell even more of the story. For now, this is a fine start.

SEX AND BROADCASTING receives its world premiere at DOC NYC, starting with a sold out show Saturday, November 15, and playing again Monday, November 17 and the just added date of Thursday, November 20. All are held at the IFCCenter. And anytime at all, you can check what’s happening on WFMU by visiting their website WFMU.org.
Posted by mondo_curry at November 14, 2014