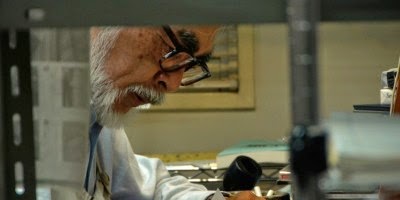 A look at Studio Ghibli, it's staff and creators, as they prepare a couple of their most recent films THE WIND RISES and THE TALE OF THE PRINCESS KAGUYA and promote them. Its  loot at how their films are put together and sent off into the world.

How you react to the film will depend upon how much you know about Studio Ghibli and their films
- If you don't know a great deal about either but love them then odds are you'll enjoy this a great deal. - If you know nothing about the studio and their films you may feel a little lost since the references come fast and furious.
- If you are a huge fan of Ghibli and know the studio and the films you'll enjoy it but you'll wonder why is this two hour long.

I'm in the last group. I've seen all the films they've produced (except KAGUYA), I've also  seen several documentaries, tons of clips, read interviews and books. I'm reasonably well versed in things Ghibli, though I'm not obsessive compulsive. I like the film, but I'm still wondering why the film runs just under two hours.

You have to forgive me but the details of running the studio and promoting the films only held  my interest to a point. I did  enjoy watching Miyazaki drawing and being cranky. I love his discussion of what he does and how he puts his films together-there is no script it seems he simply draws and lets the stories flow.

This isn't a bad film, but I'm not sure who the audience for this is. You really have to have a certain love of Ghibli for this film to work.

I can neither recommend nor dismiss this film since this is one of those films you'll have to decide for yourself if you want to see it.

The film is being released in the US by GKIDS and opens November 28th
Posted by Steve Kopian at November 21, 2014