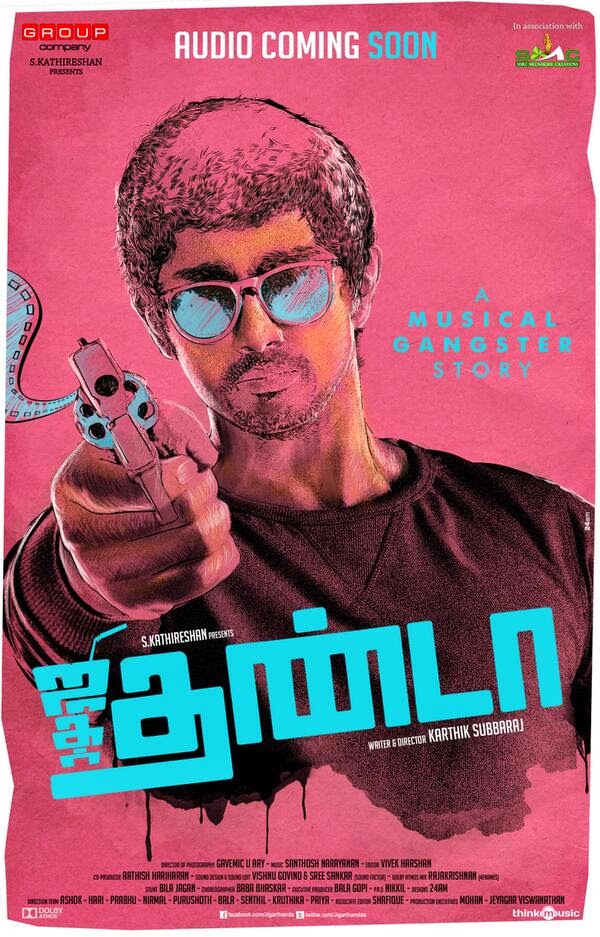 This is the story of Karthik (who shares the same first name as director Karthik Subbaraj) is a down on his luck film maker. Spinning a plot to a producer, he's told it's old hat. If he can come up with a really good gangster film he'll finance the film.  Desperate to make a film he begins to look at old newspaper clippings, only to find the best ones have already been made into films. Realizing the only way to get material for a film would be to follow an up and coming gangster Karthik decides to follow Assault Sethu, one of the baddest of the bad. That works fine for a while until an unfortunate turn of events puts his life in danger.

Weird mix of comedy, drama, gangsters, violence and music is in the words of one other reviewer a "whiplash kind of mixture". Constantly shifting styles and genres this is a film that you're either going to go with or walk out of. I don't mean that in any bad way other than if you don't want your film to bounce from comedy to drama to violent encounter to black comedy, stay away. On the other hand if you don't mind your genres mixed by all means dive in.

For me the mixing of genres (and an occasionally annoying musical score) had me fighting to stay with the film for most of the first third of the film. The bouncing between nasty violence and comedy or the mixing of the violence with the humor made it tough for me to know what was a supposed to feel? When a man is burned a live and  going through his death throes we should feel horrified but the music makes it feel like a circus. Another time the violent stabbing of a man to death during a silly argument about who's going to kill him left me feeling weird. Its funny but also kind of like WTF.

I completely applaud that writer director Karthik Subbaraj wants to mess with our heads and emotions but I don't think it's always the way he wants. I think the shifting of tones works against the film having the complete gut punch it seems to be going for.

Ultimately I like the film a great deal, partly because the pieces are so good and partly because I love any film that is ballsy enough that it forces you to engage it wholeheartedly.

The film plays tonight at 1030 and if you don't mind staying up late I recommend you take in the screening. Also recommended who want to see a variation on themes explored in Sono's Why Don't You Play in Hell