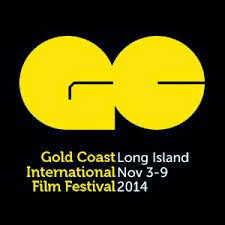 Gold Coast Film Festival starts Monday. It’s a week of special screenings followed by a weekend of movies in several locations across the North Shore of Long Island.

I know you’re all wondering how much coverage Unseen will be giving the festival. Sadly not as much as it deserves. The problem comes down to the dual problem of we’ve got conflicts with some of the weekday screenings and we’ve also seen a large chunk of the films already. I’m Currently trying to get out to a couple of films we haven’t seen, Above & Beyond  and Wonders in particular.

When the Garden was Eden- great doc on the Knicks and Madison Square Garden
Cold Eyes (South Korea)- Excellent thriller
Dior & I (France)-Great documentary on a changing of leadership at Dior
Human Capital (Italy)- Great drama-probably the best of the Foreign Language Film Oscar hopefuls
Zero Motivation (Israel)- Funny military comedy
Burn- excellent documentary on the fire department in Detroit
Silenced- okay documentary on whistle blowers
Next Goal Wins- one of the best films of 2014, period
Joan Rivers : A Piece of Work-very good doc on the late great Joan Rivers. I have not done a review of the film but its a great film and if you haven't seen it and like Rivers, here's your chance.

We've also seen Match (which is good)  I hope to have a review up soon.

For ticket information and more details go to the festival website.
Posted by Steve Kopian at November 01, 2014