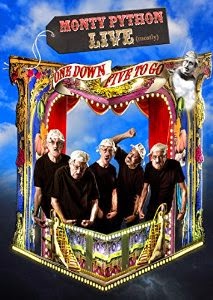 The night before Thanksgiving I popped in the DVD of the final Monty Python performance at the O2 Arena. Put together to pay a judgement against them regarding the show Spamalot, the show was lots of old stuff, a little bit of new stuff and a promised end to Python as we know it.

I had tried to get a seat or two to the show- I actually had one- but I was so far back from the stage that the thought of going to London to essentially watch TV from a long way away was just too insane for me or my wallet to consider.

The show as recorded is fun. Its not great, but it's fun with all of the bits flying around and some nice tributes and shout outs to the late Dr Chapman. It is clear that the show was both too big to be full seen on TV and too small to be seen in an arena such as the O2.

Watching it I was hit by two strong feelings-

First was that these guys are now too old and too not into it to be doing this sort of thing. Yes, they were funny, but at the same time it looked more like old friends having fun with each other at a picnic rather than a performance.  This was old high school friends doing stuff from their youth where you've seen them in their hey day and you knew why they were great but now you wonder what the fuss was. Yes, the bits are funny, watching the shows and the movies they are killer. Even watching the tour of actors doing the material that Eric Idle put together was a great deal of fun, this was less so. Perhaps it was the scale  and perhaps it was just time to move on...

...which brings me to the second thing I felt, I found I didn't want to see this. What I wanted was to sit down with the guys individually and talk to them. All I could think was I was more engaged meeting Terry Gilliam at a press conference earlier this year and how good it was listening to John Cleese talk about his life now. I also wanted to see how Terry Jones's new film is.

While I love Monty Python and what they did, I want what they are doing now more. Their lives and creative output now mean much more to me than what they did 35 and 40 years ago. Don't get me wrong they shaped the way I see the world- but I have changed since then and so have they, and where they are going and where I am going is much more interesting then where we/they were.

The show is interesting but it is a door closing. Its time to move on...

...and based on what Gilliam and Cleese and Idle have been doing of late the future is going to be just as wondrous.

To Mr Cleese, Mr Gilliam, Mr Palin, Mr Jones and Mr Idle- Thank you for all that has gone before and all that you will do in the future. 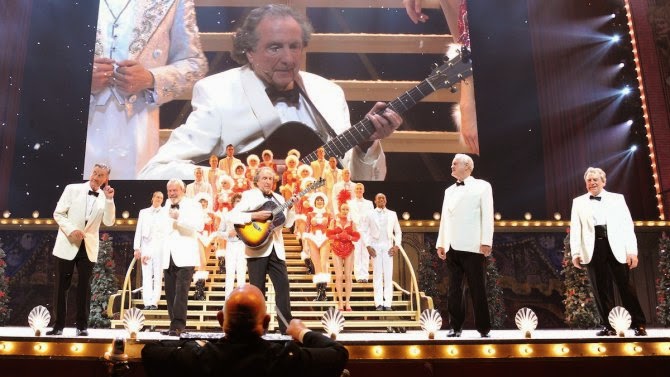