The Opening Night film for this years South Asian Film Festival was X.  The film is unique since eleven directors all wrote and shot portions of the same film in their own style. While that may sound like a trick, it actually works and makes for a very special viewing experience.

K is a film director at a film festival festival party. He encounters a young woman who begins to orbit him who reminds him of other women in his life. As he deals with this latest woman he has to cope with all of the others that have gone before as he drifts back and forth through his life.

When the films for this years SAIFF were announced I was instantly intrigued by X. I had seen films where a couple of directors worked from the same script  but outside of an anthology film I had not ever seen one where so many directors worked on one film, nor do I think had I ever run across a film where all of the directors not only directed their segments of a single story but also wrote them. I couldn't imagine what magic would be needed to make sure that it all tied together on every level. 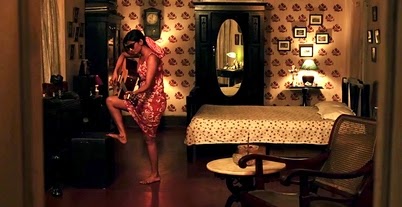 Sadly I ended up unable to attend the SAIFF screening, however the opportunity presented itself when Sudhish Kamath, the driving force behind the project asked me if I wanted to see the film and like Pavlov's dog I leapt at the chance. (I say this by way so saying a big thank you to Mr Kamath)

Having now seen X I can honestly say that while it is uneven,owing to the many writer/directors, it is also a really good film. It may take a little bit to click,but once it does the film turns into a wonderful viewing experience.

While it would be easy to pull the film apart and talk about the various chapters on their own (for example the 8 to 8 room share is as glorious a romance as you'll ever see) I would rather talk about the film as a whole, partly because the film is a single story, but also because it's a single story with eleven directors that actually works and results in a film of great power.

I think it's best to describe what seeing the film was like for me,

The film opens at the film festival. We watch as K interacts with several people including the woman who will follow him through the rest of the film. The sequence looks great and it has some great dialog (actually the whole film has quotable dialog).I was hooked and I hunkered down for what I thought was going to be one sort of film. 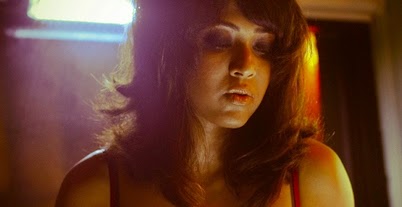 What happened instead was that the first flashback segment started and I was wobbled a bit.since it played very differently than the "now" portion of the film. I wondered what was I seeing and what was the film getting at. I wasn't sure.

The film then shifted back to "now"  and then shifted back to a memory. I was enjoying the pieces but it didn't completely come together- and then we hit the third flashback segment and suddenly I began to click with the film. I began to accept the tonal shifts, the time jumps and I began to understand what we are looking at.I began to understand and see how we were examining the mind of one man. I wasn't getting it early on because I simply didn't have enough pieces to see the whole picture.Its a picture that slowly and surely became more and more clear as the film went on. (When you see the film be patient and stay with it)

How the hell did they pull this off?

In theory this film shouldn't work. 11 writers and directors all using their own vision to create one story? It really shouldn't work. I mean I've seen versions of this in novel or graphic novel form and it usually falls apart somewhere in as the styles clash, but it doesn't happen here. Okay yes the film isn't perfect, some of the segments are better than others, some segments clash with the ones on either side but at the same time the film as a whole works. The portrait of K that we get is rich and complex, perhaps much more complex than if one director had done it all. Say what you will there is something about the various tones and styles that give color and shading to K and his struggles that wouldn't be there had just one person directed this film. I think a single director would have been too worried about making a seamless whole so the unevenness of life would have been lost. 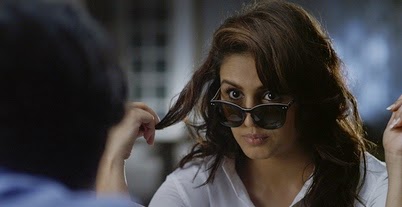 By the time I reached the conclusion of the film I not only was amazed at the technical aspects of the film, but I was moved by the story and K's journey back and forth through his timeline.

You'll have to forgive me but the film geek in me wants to say "This is so cool!" This a grand technical achievement that is also a moving film.

As I said I really like this film a great deal.

Should you see it? If you want to see a very good drama about one man trying to come to terms with his life you absolutely should. You should also see it so that you can see that sometime "too many" cooks" won't spoil the broth, sometimes they'll get it dead nuts right.

One of the really cool viewing experiences of 2014. 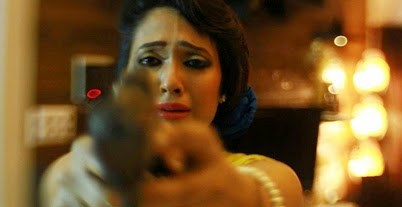