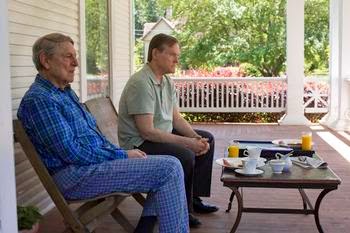 Ben is a professor in his 30's who takes a temporary position in a distant University in order to escape his troubles and a failed marriage.  Once there he collides with the head of his department,who is dealing with a sick father, a beautiful grad student trying to get her doctorate and a wily "plastics" professor who just wants a fling.

Very good, but uneven film is a nice change of pace from all of the blockbuster and big budget films that Hollywood churns out for our consumption. This is a small scale film that is nicely human and real.

The film is full of wonderful scenes and small moments that lift the film up from the inde pile for example when the head of the History department, William Sadler, explains the ways the ancients killed to a student by physically demonstrating it on him; or Ben and another professor discussing a zombie apocalypse or even a late in the game admission by the plastics professor of her feelings for Ben all help to push the film into being something special. 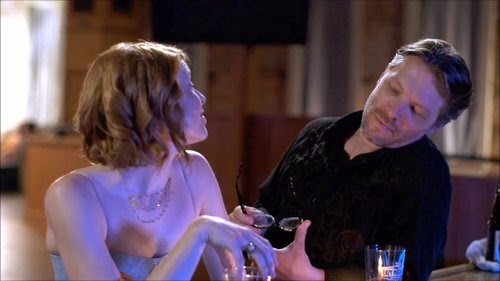 As I said above the film is uneven. Its not really the fault of the script which is fine, with the academic and the soul searching sequences faring better, having more of a lived in feel, than some of the romance ones, the unevenness is due largely to the casting. All of the major roles are fine, however once you start to get to the secondary characters the film is less sturdy. No one is bad exactly but the difference between William Sadler and say some of the students, or Ben's ex-wife is noticeable.

I like this film a great deal. That's not just words, that's something more since when I finished off the film I sent off some emails to some friends to either tell them to see the film or to find out if they too were reviewing the film and what they thought.

The film opens at the Quad Cinema in New York City on Friday and will be the perfect antidote to Black Friday Sales or Hollywood Blockbusters. For tickets and information go here (and if it's before the 28th clock on Coming Soon) 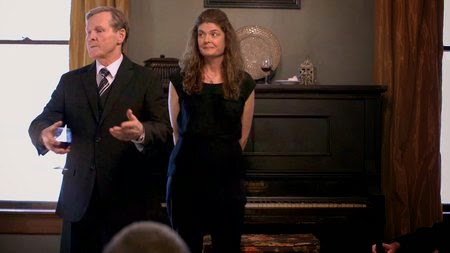