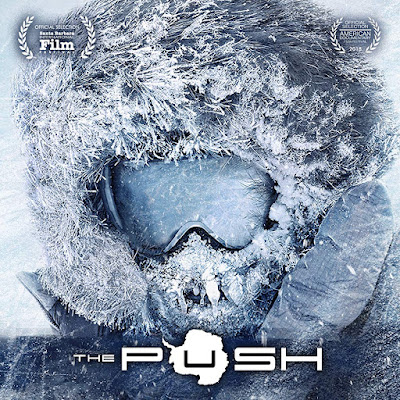 When you see THE PUSH about Grant Korgan‘s march to the South Pole after breaking his back in a snowmobile accident, you need to be patient. I say this because the first 20 minutes or so is well done, but it's a completely by the numbers portrait of the man before the accident. We’ve been here any number of times in pretty much every similar documentary that has ever come down the pike. It’s the typical, wonderful person is injured and has to find a way to overcome adversity story. However once Korgan‘s back is broken and the chips are down that the film gains traction and becomes something wonderful.

There is no arguing, THE PUSH shines once the trip to the South Pole begins to be planned. It is here that the typical by the numbers story becomes something special. What makes the film so compelling is that thanks to centuries of Antarctic and Arctic exploration we know how dangerous it is to get to the pole for person in peak physical condition. To watch a man who can’t feel his legs, who has to devise a way of monitoring the temperature of his toes so his feet don’t end up amputated because of frostbite, while moving himself along using only his arms is riveting. It is as compelling as any of the well bodied stories of polar exploration out there.

I really liked THE PUSH. Frankly I am tired of films like this, and I could go for a long time before I see another one... On the other hand when the story is something different where we meet unexpected obstacles that life the tale up I’m game to try. You should try to and give THE PUSH a shot. It is currently available on Netflix, Amazon Prime and other VOD platforms. 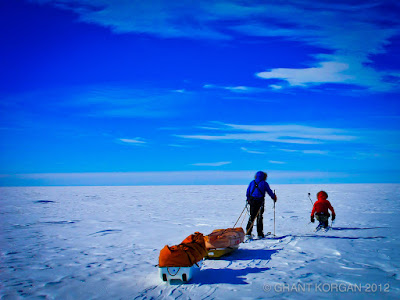