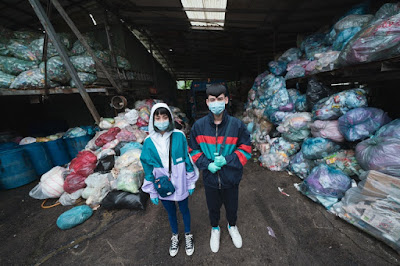 I WEIRDO
Two germaphobes with OCD collide in this surprisingly charming romantic comedy that goes...elsewhere.

Not high on my list of NYAFF films to see, I watched it in a mood where I challenged myself to try something I wouldn't have otherwise watched. I was delighted I did because the mix of compelling characters and humor won me over. Aside from the fact that there were several instances where I had to deal with white subtitles on white backgrounds I really have nothing bad to say about the film. 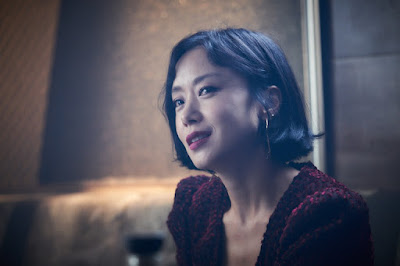 BEASTS CLAWING AT STRAWS
A satchel of money is found by a cleaner. Seeing at a means to a better life he doesn't know that the money will end up being the object of desire that will leave a trail of broken lives and dead bodies.

Well made, well acted film suffers from the inescapable sense that the film is riffing on so many other better films. The NYAFF promotional material mentions PULP FICTION and NO COUNTRY FOR OLD MEN but the truth is there are a dozen or more other films  that could be named as well.  As good as it is it never truly finds it's own unique groove  and so just seems like a relay of greatest hits.

Good enough to be worth a look but it will probably not be one you're talking about at years end.
(I will be reviewing this once I can see this again and move away from the comments that gave too much away)

GERAN
When the younger brother decides to side with the people seeking the family home his siblings have to fight to get the deed to the land back.

Good but by the numbers action film gets bump up by it's use of local color to make the film stand out from the rest of the pack.

If I sound less than enthusiastic about the film it is purely because I am scratching my head as to why the film won the Daniel Kraft Award for action excellence at this year's NYAFF. While the action sequences aren't bad there is nothing exceptional about them... on the other hand the festival's shift away from genre and action films only leaves them with limited choices.
Posted by Steve Kopian at September 04, 2020