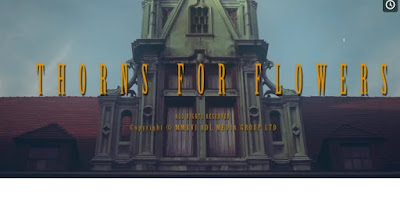 Out there attempt at a making a 1970's thriller concerns a psychic brought in to consult on a case of a woman being stalked by a serial killer. Along the way he ends up falling for the girl.
Okay thriller is worth seeing for its intriguing payoff.

The problem here is not the script which is actually quite good, or the look, which looks like a found 1970's film. Rather the problem are come from two places that are either unfortunate accidents or poor directorial choices.

The first problem is that the pacing is very uneven. At times it is  painfully slow. Having grown up in the 70's and having seen more than a healthy amount of small and indie films  from the period, the films this most resemble are stinkers. These are films that ones that are now consigned to bargain bins and small distributors who deal with backwater films only crazy film fans watch. They are not films you should emulate, which is what writer director Anthony de Lioncourt has done.

The other problem is the performances, especially by the male leads are wildly uneven. Honestly I can't tell if they are genuinely bad or just badly directed. Gary Marachek as the cop who brings in the psychic plays it way too over the top at times to the point it seems intentional. And as for Vance Clemente he seems to have made a study of Tommy Wiseau and his performance in THE ROOM and used it to get the exactly the wrong sort of brooding intensity.

And yet I stayed to the end. Call me kookie, I was curious enough to want to see where it was all going and I was nicely surprised.

Don't get me wrong having seen other Anthony de Lioncourt films so I know he can make a solid film. I'm guessing trying to ape an early type of film and choosing the wrong one made it all go banana shaped.
Posted by Steve Kopian at October 29, 2022