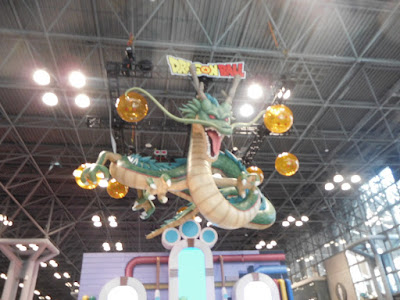 My trip to New York Comic Con this year was unexpected. The trip to the con was not supposed to happen however a couple of weeks before the con my niece had gotten tickets and was going to go for the first time and I had to go. I then put in the for a press badge and set about making my plans.

Beyond getting to see my niece wade in for the first time I wanted to see how the festival had changed since I was last there a couple of years before the Pandemic.

To be honest my plans going in were sketchy. I had gotten my badge so late that many slots were full  and I wasn't sure what was going to happen because I ha already committed to the New York Film Festival. Yes, I would be seeing a Eden, who is on the Harvey Award committee but we were going out for friendly dinner and a show (the Off Broadway Little Shop of Horrors) and not talking shop. I would have to make things up on the fly. 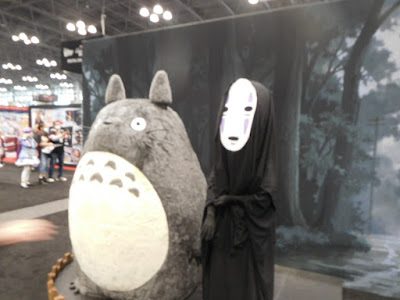 On Thursday after picking my badge up in person I went into the show and just began to walk the floor. There were things I wanted to see, specifically the Studio Ghibli Booth. I had to see all of the good things they were carrying as well as the photo ops they had set up like a life size Totoro and cat bus. 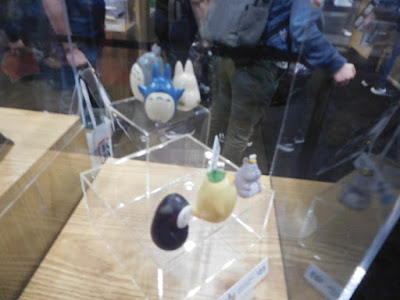 Actually what I did was use a friend from works list of exclusives she wanted me to try and pick up in order to run around the sales floor and see what I could see.

I also ran into a friend of a friend who is connected to the entertainment industry and we talked for a while, I recorded a chunk of the talk but when I contacted them about a piece concerning what we talked about I was told I couldn't use any of it. (and yes I am being intentionally vague). 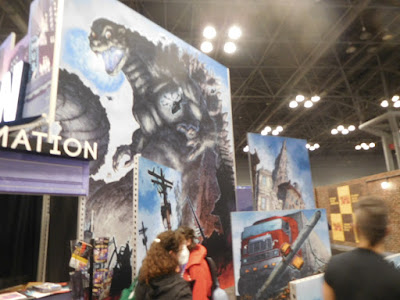 Thursday was nice and quiet.  and I got a good sense of what the con was like- which was big and sprawling.  It felt nicely spaced, something it wasn't in previous years. The one thing I missed was a lot of the smaller sellers. Many of what you might call mom and pop sellers were missing. I'm guessing they were priced out by the cost of booths. Yes some independent publishers were on the sales floor but mostly this looked to be big companies and bigger retailers. I particularly missed the inde film makers. In years past I always came away from the con having met a good number of inde filmmakers trying to sell their films, but I didn't encounter anyone.
Friday was considerably more crowded. 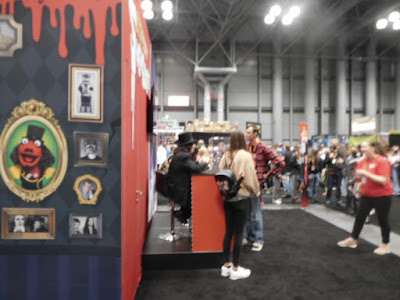 There was a great deal going on and The focus of my day at the con was the panel on restoring the Max Fleischer cartoons. I had ridden the subway to the con with two of the participants and we had a great discussion on the way there. I went off to try and meet Svengholie before their panel but I was there too late to make the line-I mean I literally was the first person not allowed on the line. 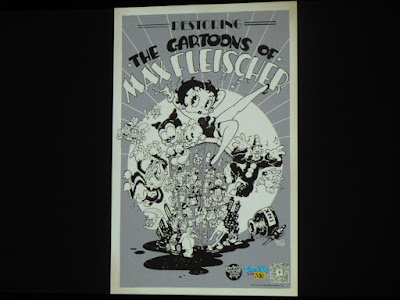 The panel was packed when I arrived. I had to stand at the back of the room. The discussion was great as they discussed why the cartoon matter, why we need to restore them and why the characters are still alive. It was one of the best panels I've ever attended at the con- and I've been going since it started.
I know the whole panel is out there if you want to see it, but the above clip is what I shot before my camera died. The bit you'll want to jump to is about four and a half minutes in where we see the images being used in a rap video. 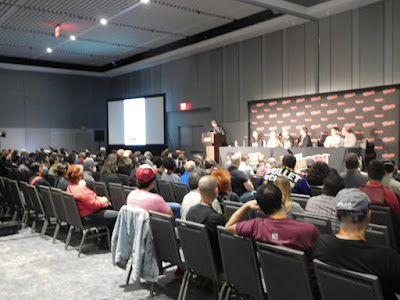 This was great stuff and  it proves old films can play to new audiences.
After the panel I left the con and headed up to the New York Film Festival for a screening. However there are more stories to tell in the second part of my Comic Con Coverage coming soon.
Posted by Steve Kopian at October 18, 2022