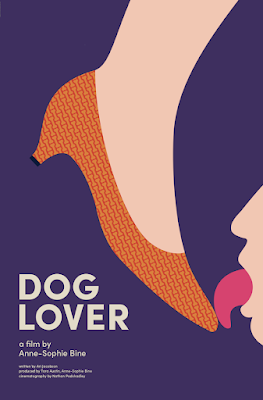 Dog Lover is a twisted little short, It’s about a husband and wife whose marriage is on the rocks. She loves the dog more than her husband. What happens when the situation boils over to the film.

Troubling black comedy is not for all tastes. Some people are not going to find the film funny which is fine, everyone can like what they like. I personally liked the film. I got a couple of chuckles from the film. While I could argue that the film might be a couple of minutes too long, the film pulls it together with a denouncement that is going to have some laughing and others groaning.