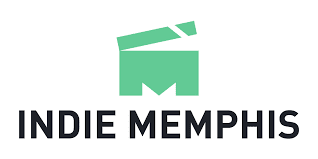 The always wonderful Indie Memphis Film Festival starts Wednesday and if you can go do so.

A wonderful mix of films from the big fests (Sundance, New York, Tribeca) the festival also highlights some incredible smaller films that might not get noticed (say ME LITTLE ME of THE JOB OF SONGS). Its a great place to get in on all sides of cinema.

How good is this festival? Its so good that many in the press corps for the New York Film Festival talk about popping down to the fest in order to catch up on films that will be important for the end of the year. Seriously this is a fest where the critics go to catch up and discover new favorites.

This year I'm not sure how much I'm going to cover despite the festival being ripe with films I really want to see. I have access to a number of the films on the slate so I expect that I will be cranking out reviews closer to and through the festival. I'm still sorting things out.

In order to give you a heads start here is a list of the films we've covered previously:

I should note they are running AFTERSUN which is now the best film of 2022 in the yes of everyone I know who saw it at the New York Film Festival.

And my wish list of films to see includes pretty much every other film playing. If that doesn't tell you how good this fest is I don't know what will.

DO yourself a favor and go buy tickets