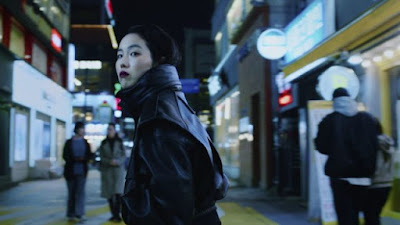 This is the sort of cinematic gem I go to the New York Film Festival to discover. This was one of the last films I saw at the fest an it was one of the best.

The film is about a young Korean woman who was given up for adoption as baby and raised by a couple in France. Over the course of the film she returns to Korea over several years attempting to reach out to her birth parents.

This in cinematic magic of the highest order. Its a film where everything comes together to make a film that makes you go wow and then want to shuttle off to a cafe and discuss it with whom ever you just saw it with.

Possessing a genuine narrative complexity that pushes the film into the realm of reality, this is a film you will think about for days afterward. I saw two films after this and my thoughts kept coming back to this film. I loved that the film is so real that we don't care that the film ends with lots and lots of unanswered questions- but it's not being lazy rather its purely the fact we are seeing moments in time.

And then there is the use of music, which includes a jaw dropping dance scenes that reveals so much without a single word.

This is filmmaking and storytelling of the highest order.