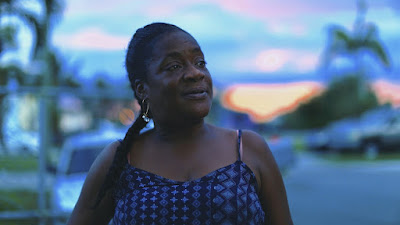 Filmmakers Bhawin Suchak and Ira Mckinley have made one of the great surprises of the film year. It is a film that will make you wish your home town was as warm and inviting as Pahokee

The film opens with Ira Mckinley driving in Pahokee and talking about how when his parents moved north they always returned to the city in order to revisit the This is a glorious celebration of a city and it’s people. It’s a film that shows us how when people are attached to the place they live they can make it a place better than any outsider could have expected. It’s a film that shows us a bunch of wonderful people that you will want to hang out with. There is a warmth and love to everything that you see. I finished the film and I instantly wanted to move to Pahokee

I love this film a great deal. This is as a great  and wonderful a portrait as I’ve seen in many many years. I love that the film manages to show us a wonderful place without being hagiographic, instead it feels like a portrait of people as they are.