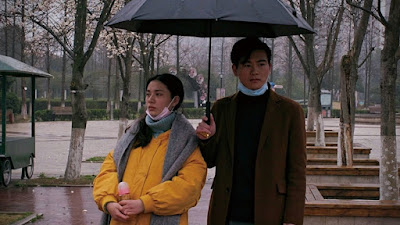 Young woman who wants to be a flight attendant becomes pregnant. She tells her never around boyfriend that she got an abortion, intending to give the child away, however a series of dead end jobs complicates her plans.

Told in long single take scenes STONEWALLING is a film you are either going to love or hate. It is an art film made for a certain audience -its story is vital but the presentation of static wide shots like theater stages makes it less real. The long takes and static camera work is going to thrill some and bore others. I liked the story and the arc of the characters but the nail the camera to the floor and shoot method of shooting wore thin. Yes I know it's like life, but unless I'm locked in a room life moves a bit more than this film does.