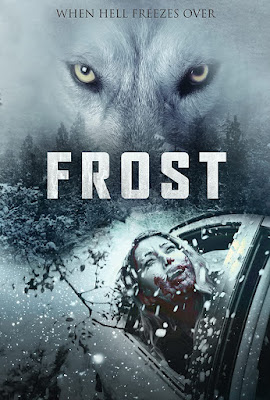 Estranged father and daughter meet up after 5 years. She's about to give birth and wants her father in baby's life. When a father daughter fishing trip ends in a car accident she is pinned in the car and her father has to go get help. But it's cold and a storm is coming...and so are the wolves.

This solid  survival film is a tense little thriller that is for the most part worth your time...the trick is going to be the third act which has a turn that is so unexpected and so out there you are going to be screaming at the screen. I won't say what it is but it isn't out of left field but another dimension. How you react to that turn is going to determine your feelings for the film.

I have no idea whether to recommend the film however if you do see the film -you're on your own.