Here are a few of the few pictures I took  at New York Comic Con this year. I don't know why it was so few, I think because I kept thinking I would take more tomorrow.... 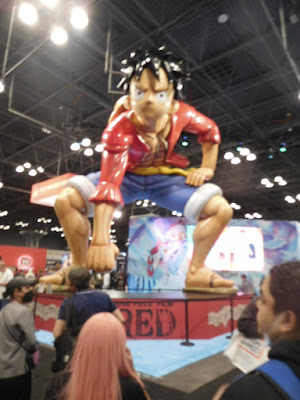 He's bigger than most houses 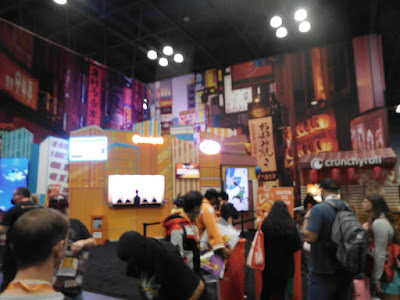 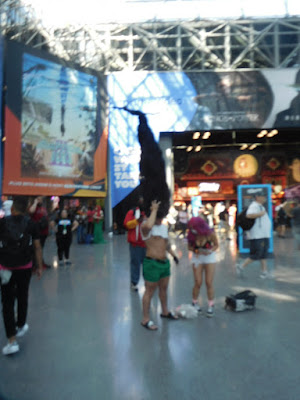 Why you don't have big props- the hair is cool, but this guy spent the whole day just holding his wig on his head so people could take a picture. 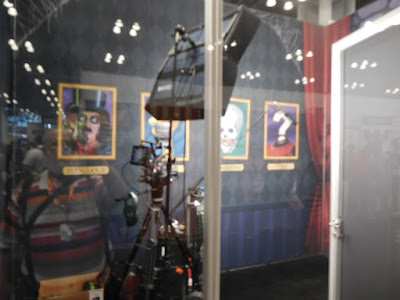 Where they were doing auditions for Svengoolie 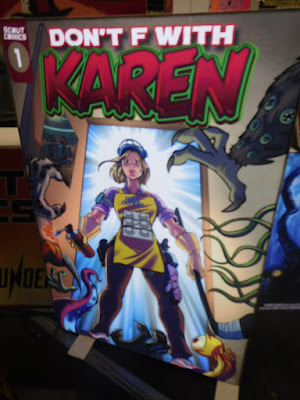 Apparently someone is doing a comic about my mom 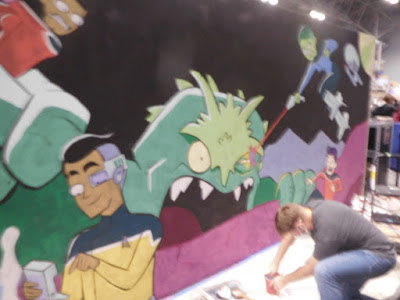 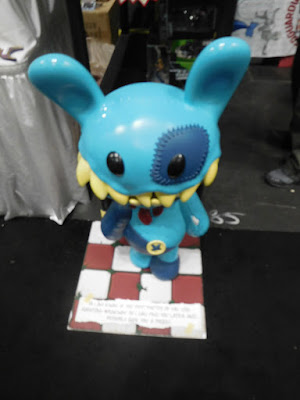 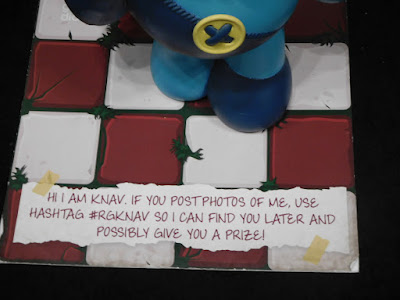 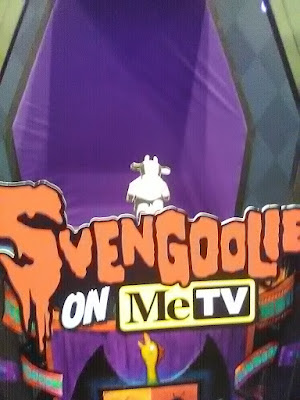 Flat Bull is Sven's coffin which was achieved thanks to an assist by Supermen- really
Posted by Steve Kopian at October 18, 2022