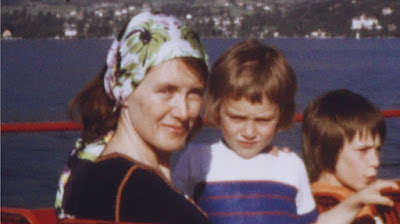 Annie Ernaux edits the super8 footage she and he family shot over roughly a ten year period, 1972 to 1981.

I don’t have much to say about THE SUPER 8 YEARS other than it’s a very good little film. A perfect portrait of a time and place now half a century away. Having lived through the same period, in America as opposed to Europe, I still felt a certain amount of nostalgia for a time gone by.

This is a wonderful personal essay film which has a great deal about life as it was lived in it’s perfectly timed one hour length.