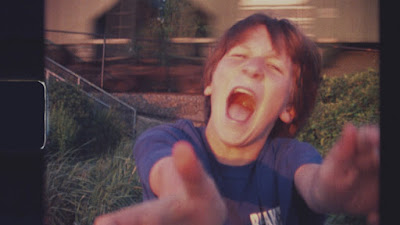 Filmmaker Reed Harkness  and his brother Sam decide to try and find Sam’s mom who suddenly disappeared several years after divorcing their father.  The result is look at the brothers and their family which goes into all sort of unexpected ways.

I had no idea what I was expecting when I went into SAM NOW and ended up taking one hell of a ride. I thought it was going to be a mystery, and it was to a degree but it actually is more a look at a family and the trauma that every member carries with them This is a portrait of a family that does deeper than most films. It’s a warts and all look at the family that reveals layers we don’t normally see.

Days after seeing the film I am still pondering it. The film kicked up all sorts of thoughts and feelings about things in my own life that I haven't thought of or wanted to ponder. Its a film that will get you thinking. It’s also wonderful conversation starter since it kicks up so much material that I can imagine not standing in the lobby after a screening and trying to sort it all out with the other members of the audience.

You really should see this and see how it hits you.

This is a really good film and is highly recommended.