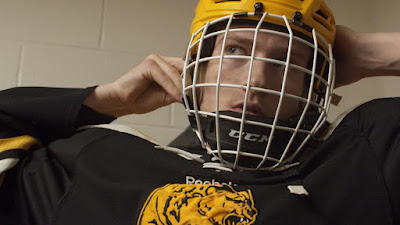 Portrait of two rival hockey program programs in Minnesota. The film looks at the young men who are hoping to use the program as leaping off point for college and perhps a career in either the NHL or AHL.

This is a good look at the boys and men who make hockey their lives. It’s a film filled with great people and a real sense of the hockey life. I have a brother who for a long time was very into hockey and this film gets the small details right. There is a real sense of the hockey life as it's lived. I could smell the rinks and locker rooms in which  my brother spent his youth.

While the film doesn’t reinvent the wheel, it stays very close to the typical sports documentary formula, it does entertain and inform us about a culture that most of us, at least in the US or not in sports crazed families are now aware of.