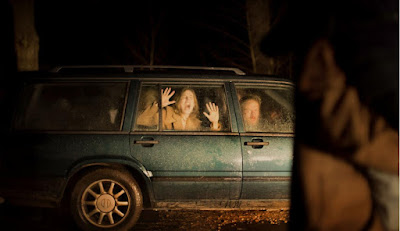 Two families meet on vacation in Italy. When they visit each other some time later things take a sinister turn.

This is a deeply disturbing film that lays open the fear that we don't know what other people are thinking... or more to the point capable of. This is a film of slowly building misunderstandings that turn more and more sinister as one couple begins to twist in the wind.

I was talkng to the screen even as I wasn't certain if I liked the film. In all honesty I still don't know what I think of the film but I sure as hell know that it is f-ed up and deeply disturbing. My reservations come from uncertainty if the film makes any sort of sense since there are several turns that had me questioning what I was seeing.

Then again the film works you over and provokes a reaction. In all honesty I never want to meet anyone ever again lest this play out in real life.

Worth a look for anyone who likes truly disturbing horror.