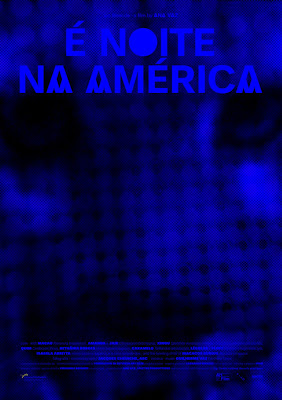 Deadly dull look at life at night in a Brazilian  city, focusing on the interactions of people and animals.

Opening with what maybe the most annoying four and a half minutes in  years (we watch a camera spin around and around in increasing speed on top of a building in a city) this film  wears out its welcome early and never recovers.  Made up of  grainy night time images, mostly of animals in extreme close up, the film presents a look at life at night. The trouble is that other than juxtaposing the animals and people a couple of times and a couple of interactions of people and animals, there really isn't anything there here.

The problem is there is nothing  here to put anything in context. What are the filmmakers going for? I don't know. We are so close in most shots the images could have been shot in a dark room or in a zoo.

I lost interest quickly and tuned out.

I can't recommend this film at all.

Email ThisBlogThis!Share to TwitterShare to FacebookShare to Pinterest
Labels: Camden International Film Festival 2022, documentary, not worth the effort