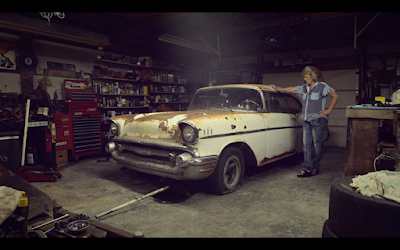 Portrait of one hell of a woman over a ten year period. Beginning in 2008 Fenoglio is a married woman running a junk business with her husband and cats. Life isn't good but she's attacking with style and heart. We watch as she explains her life and philosophy. Ten years on her husband is dead, her business is in the toilet but she is still motoring on as the possibility of life raises its head.

A wonderful moving portrait of one of the ballsiest women you will ever run across. My mother would have called her a great broad and would have tried to track her down so she could hang out with her.  That's probably the best thing that I can say about both Fenoglio and the film.

This is a just a wonderful film about a wonderful woman. It's a film that made me smile from start to finish because there is something wonderful about a woman who just keeps moving despite it all. I was entranced. Yes she is gruff and loud, but its clear this woman is all out there.

What a wonderful discovery.