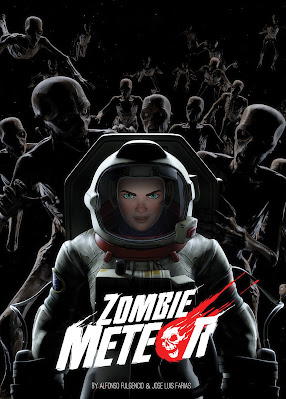 Zombie Meteor is a film I sure hope this leads into something bigger. A resetting of the zombie myth it is a blast and a half.

The film is the story of a space station in orbit around earth. Suddenly a spacewalk is interrupted by the appearance of a zombie in space. Where it goes from there is the film and it’s an absolute blast and a half.

Opening up all sorts of new directions for the over used zombie trope to go. I had a blast. I love that it doesn’t do what we expect. The plotting is excellent. I want to see what happens next.