NO PLACE LIKE HOME: THE STRUGGLE AGAINST HATE IN KANSAS (2022) Tallgrass 2022 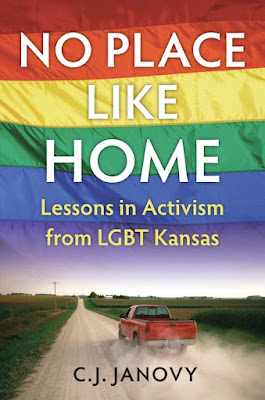 A look at what it is like to live in Kansas, a very red state,  while being LGBT+ and how those living in the state are trying to confront hate and change the minds of those who don't like them.

Hands down one of the best films at Tallgrass and one of the most important films of 2022. A heartfelt look at what it means to LGBT in a state where it seems that most people don't want you there. Full of stories of people coming out and becoming activists in the communities where they live in this is one of the best films on the subject that I've ever run across.  I was moved to tears.

I love that director Kevin Willmott just points and shoot. Willmott simply has picked some really great people to sit down and tell their story.  Outside of the connection to the Wizard of Oz, this is a low key film where people just talk. That's basically all there is. As a result is a film that will haunt you.

I don't know what to see other than see it.  I can't recommend this film highly enough.