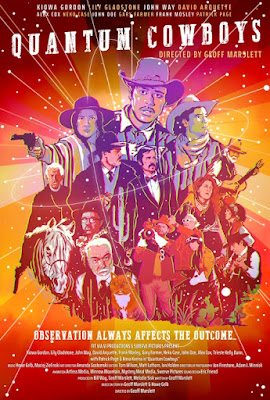 Genre breaking film is part animated, part live action, part science fiction, part western, part several other things. It's nominally the story of a two drifters traveling across the west however there is a lot more going on including a film crew filming and time travel.

I'm not sure what I think of the film, the mix of visual styles doesn't always come together and the film has too much that is going on. Bonus points for the fact that the film is trying to do way more the typical film.

While I'm not sure  what I think of the film I am recommending this for the long time readers of Unseen, you know who you are, the great people who want to go as far as off Hollywood as possible