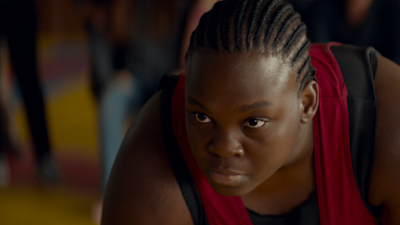 Hands down the best thing I’ve seen Gérard Depardieu in in a very long time.  Playing a version of himself, a famous actor with a difficult reputation he ends up with a part time wrestler to act as his bodyguard and babysitter when his regular one has to take time off.  Of course the odd couple begin to bond in unexpected ways.

This is a great little film. To be certain the film hits many of the expected points, but at the same time the performance and the interplay between  Depardieuand Déborah Lukumuena shines.  It’s a chemistry of the sort we don’t see very often.

And I need to just say again how good Depardieu is. This is the first time  in a long time where he seems to real relish performing. There is a genuine performance here not just a movie star tearing through his lines.  When the film was done I wanted to up to him and give him a hug for being wonderful.

This is worth your time and money.