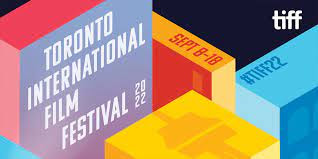 The Toronto Film Festival starts this week and the Fall Fest season is in high gear.

While not the absolute first of the Fall fests, that’s either Telluride or Venice, Toronto is the big one here on the East Coast of North America because it the one showing World Premieres that requires the least traveling. It’s the one that many here in New York Go to so they can get a jump on regarding fests like New York and AFI.

I’m not going to be going to the fest. As much as I would love to go I have to make choices and saving my days off for the New York Film Festival and other fall fests is more advantageous for me. I full expect to be catching up with all the choice selections through the fall and spring

However  just because I’m not there doesn’t mean that we won’t have  coverage  I’ve previous covered some films at other fests:

LEONOR WILL NEVER DIE and Liz Whittemore's thoughts are here.

And we've also seen a few films going in. I can't do full reviews now but there are a few things you'll want to see:

UNTIL BRANCHES BEND is a very good drama about a young woman trying to do the right thing. It also contains one of the most amazing  sequences I’ve seen in any film all year.

MY SAILOR,MY LOVE is a small gem you should put on your must see list. The cast sells this story of how daughter's relationship with her father becomes complicated when she has an older woman go help him out. It will move you.

Also if you like music and caper films then you must see THE UMBRELLAMEN. It will put  a smile on your face

There will be more reports  so keep reading.

Email ThisBlogThis!Share to TwitterShare to FacebookShare to Pinterest
Labels: Toronto 2022