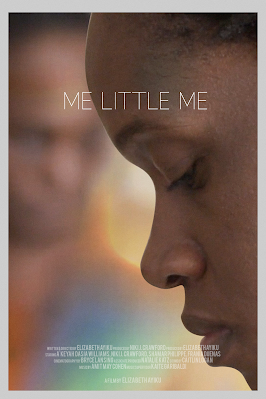 ME LITTLE ME
Mya, a woman recovering from an eating disorder has her life turned upside down when her job promotes her and her the stress of now being a boss kicks up past feelings, threatening her mental health.
A'Keyah Williams gives a killer performance as Mya in a role that doesn't hit all the expected notes. This is a lovely little gem of a film that gives us real characters to root for instead of just the typical Hollywood cutouts.
This is the sort of film that I started Unseen Films to highlight and as such I highly recommend it to anyone who wants a wonderful off Hollywood film that will touch you.

BLACK DADDY THE MOVIE
Magnificent look at what it takes to be a father. Interviews with several black men  reveal what their relationship was with their fathers as well as how they are handling raising their own children.
I was moved as I began to understand not only how difficult it is to be a dad but how exponentially difficult it is be a black dad. This film will open your eyes as the men before us speak about what their experiences have been in a way that I've never seen any man do.
This film is a masterpiece and a must see.
Posted by Steve Kopian at September 30, 2022