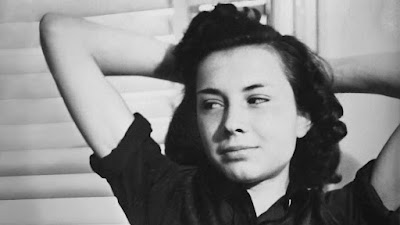 Cinematic biography of Patricia Highsmith is a  revealing look into her life,  her sexuality and her relationships and how it ties into her writing. It's an eye opening film that in looking at one author speaks volumes of the connections between an author’s life and their writing.
While the film begins with the publication of Highsmith’s Strangers On a Train the film reveals that Highsmith really came into her own with the publication, under a pseudonym, of The Price of Salt (renamed Carol). Based on an interaction in a store where she was working. The  book became a classic of lesbian literature and “infamous” for having a happy ending. Up until it’s publication lesbian stories had to end badly.  As a result Highsmith had to shop the book around to different publishers.  The writing of the book was liberating for her and it allowed her to find herself. The film then follows the arc of her life.
If you are a fan of Highsmith this film is a must. It’s a film that will add a great deal to understanding Highsmith’s work. If you’re not a big fan of the author, this film might make you one.  For me, someone who was never a big fan, there were a number of “ah ha” moments.

I really liked this film a great deal and I can’t wait to see it again.Opens Sept. 2 at Film Forum in New York, and Sept. 9 at Landmark's Nuart Theatre in Los Angeles