This past weekend my brother Joe and I went to the Pittsburgh Area in order to go to the Christopher Lee Celebration at the Riverside Drive-in  in the near by town of Vandergrift. As long time readers know Joe and I have been going since the pandemic made us want to go because what else can you do?

As always it was an absolute delight being there. I got to talk briefly to Bill Van Ryn, aka Groovy Doom. Bill is the publisher of DRIVE IN ASYLUM  and the host of the weekly Groovy Doom communal screenings on You Tube and  Facebook. Each week Bill and his guests talk about the double feature they are watching that week. They usually do an hour before, an hour in between and an hour after.  They chat sip fine spirits and talk to everyone who's tuned in. It's a blast.  (Bill's Twitter is here- follow him so you know what the movies are each week)

I also got to talk to Mike and Jake.  This father and son duo are good company. We talk old movies, home renovation and assorted other things. What I love about these crazy guys is that no conversation is short, a quick comment ends up being a 20 minute conversation just because on thing leads to another. 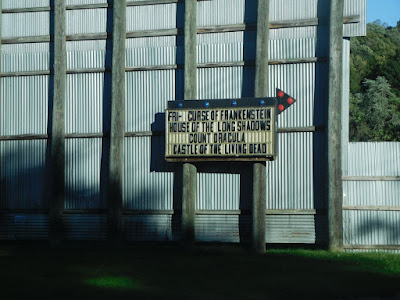 The first night  we made it through three of the four films.

CURSE OF FRANKENSTEIN was a delight on the big screen. I always liked it but seeing it BIG was revelation. Watching Christopher Lee as the monster blew me away. I knew he was good, but really getting to see the facial expressions  took it to another level. It was truly amazing.

I'm still trying to sort out why THE HOUSE OF LONG SHADOWS was screened. Yea it's the only time Lee, Peter Cushing, John Carradine and Vincent Price appeared together,  but is otherwise a dog. The film is based on beyond creaky 7 KEYS TO BALDPATE where a writer bets he can write a novel/play in 24 hours and gets interrupted. It was creaky in the 1920's and it didn't get better in the over 60 years since it was first published in 1983. It doesn't help that Dezi Arnez Jr is the lead and he is terrible. Equally terrible is the direction which requires everyone to overact. It's horrible and a chore to get through. 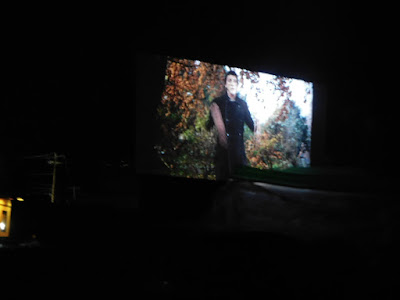 We stayed for COUNT DRACULA, Jess Franco's version of Dracula which is actually really good. Lee took the role because it was closer to the Dracula of the novel than any previous edition. While there are variations from the book it still is pretty close. I liked it. I also like Herbert Lom being Van Helsing. The best way to describe how good it is is that both my brother and I stayed to the end of the film because we were enjoying the hell out of it. 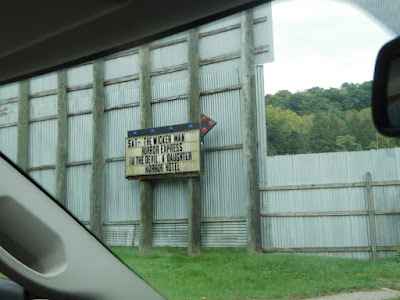 Night two we only stayed for two films.  TO THE DEVIL A DAUGHTER isn't a favorite of mine and while I wanted to see HORROR HOTEL, It wouldn't be starting until 2AM and thats too late-especially since we were heading home in the morning.

The screening of THE WICKER MAN disappointed me. I haven't seen any version of the film other than the first restoration in 4 decades. The edition screened was the Final Cut and despite being prepared by Robin Hardy it is really bad and is a throw back to when the film was originally cut up. All the sequences before Edward Woodward gets to the island are removed except for a brief church service. The removal effectively removes all of the details about Woodward's character, thus making him cipher. He was no character just a drive and it's not enough to hang the horror on. Worse since he is one note we don't care what happens to him. This was the first time I understood why some of the reviews from when it was released were so damning (Former ABC reviewer Joel Seigel was not kind to the film). It was the first time the film didn't effect me.

The second film was HORROR EXPRESS about an alien creature jumping bodies on a train in Siberia in 1906. One part scifi film and one part mystery this is one of my favorite films. I will put it on and just fall asleep to it. I actually dozed off for about 15 minutes because I am so comfortable watching it. It doesn't really make sense, I suspect details were removed so the film would move faster, but its so much damn fun you don't care.

As the credits rolled we headed out- looking forward to the spring screenings the last weekend of April 2023. 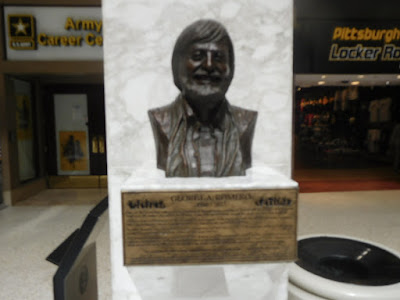