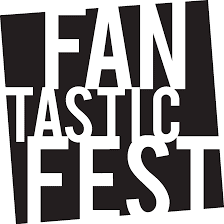 The great Fantastic Fest starts this week and Unseen Films is going to have coverage up through the fest.

I can’t wait to dive in and start to see what goodies they are screening.

Well actually I have seen a good number of their films already so if you want to get a check out my thoughts on some of their films click on the titles below and see what out thoughts were:

SOMETHING IN THE DIRT

I’ve also seen a few others and will have reviews closer to screening. (Though my review of BONES AND ALL, DECISION TO LEAVE and TRIANGLE OF SADNESS have to wait until they play the New York Film Festival)

I suggest you keep an eye out for NIGHTSIREN which is nominally a horror film but is really a look at superstition in small communities in the modern world. It kicked be in the chest.

I also highly recommend VESPER. The story of a young girl trying to help bring back the plants in a world where the ecology has been wiped out by Man’s interference. It’s the first film in years that you’ll want a sequel to because you both want to see what’s next and because you want to return to the world it presents.