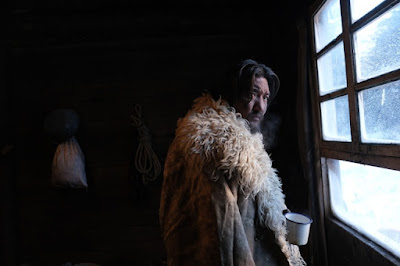 Form over content film about a forest ranger getting into the middle of a beef between several people who show up in his cabin in the middle of winter. Soon its a game of who is who, and who is telling the truth.

Solid if by the numbers film survives because the film has style to burn. If you are a long time thriller fan odds are you are going to know where this is going, but it's so well done you really won't care. The film looks good and watching the technical skill of director Jingme Trinley and his crew is worth the price of admission.

Worth a shot for lovers of thrillers and those looking for the next up and coming director.