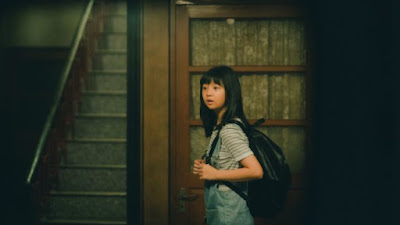 Mother and daughter go home for a funeral and feel they are being pursued by spirits.

Mostly good horror film really could have used a decision as to what sort of a film it is.  Is this a moody supernatural tale or is this a loud noise jump machine? I found the film worked best when creating mood rather than  going for the jump scares.

There is a good plot here though I don't know if director Dan-Guei Shen understands that since the late in the game sting in the tail could have been more chilling had Shen not tried to make the film everything to everyone. You can't have the film cover everything since some of the legs collapse as we go along.

Still I mostly had a good time. Worth a look for horror fans.