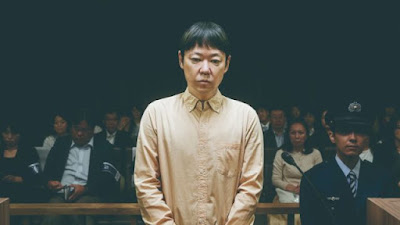 Button pushing thriller about a serial killer talking to a young man from death row. The journey the young man takes is the film

Well made but highly manipulative film is going to push all your buttons with it's carefully designed structure. Its a film that wants to play with you and your emotions and it doesn't care that you know it's doing it. Personally the overt nature of the film kept me distanced since I never could give myself over to it. At the same time I wanted to see where this was going to end up.

Yes the film is often incredibly intense and unnerving but seeing the man behind the curtain pulling levers took away some of the fun. Yes it's a blast but I felt cheated, more so since I expected some sting in the tail.

Reservations aside this is worth a look.