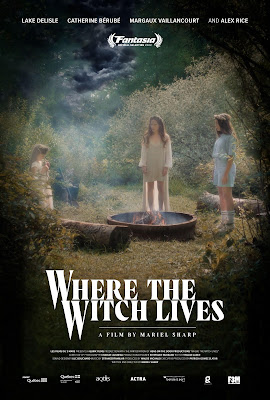 A mother and her two daughters have to follow the rules to stay safe from an evil witch.

Awkward “horror” film tries to do too much and to be more than a chiller with the result the film doesn’t really work. The problem is the film is not  really a horror film, but something else entirely, as is demonstrated by the final line of the film. Its something that most views are going to catch on to much earlier in the  film.

What is going on with the film is that it is a custody battle between two women over their children. The film speaks of  the women getting divorced and while most of the film seems like a fantasy the moment when the cellphone nails it as something more- which is re-enforced by the final line about returning to the real world.

As the film stands now its an okay film, but nothing special