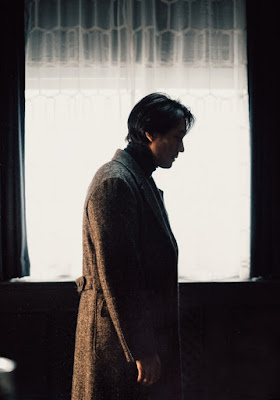 A man is arrested for the murder of his former lover.

This is an art film masquerading as a psychological thriller. It is going to  delight some and bore others with it's meaningful silences, beautiful images and carefully crafted dialog. Deliberately paced at something slighty faster than glacial there is going to be a good chance that you are going to be either all in or all out somewhere early on.

I was all out early on. When I'm second guessing the directors choice you know things are not right. I know why some of the choices were being made, but at the same most didn't need to be this obtuse. Time and time again I was asking why are we seeing this?  The answer to me is that without the artistic touches this is a story that wouldn't  seem as special.

I can't recommend this film either at NYAFF or Fantasia