Orchestrator of Storms: The Fantastique World of Jean Rollin (2022) Fantasia 2022 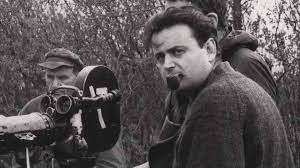 I have been trying to get a handle on the films of Jean Rollin for several decades now. Pushed toward them by writers such as Tim  Lucas, Pete Tombs and others I have struggled to find a foothold with in them in order to understand the wonder that many people feel for Rollin’s off kilter films.  I have been so desperate to figure them out that years ago that I had the long gone Video Search of Miami send me a couple of his films gratis so that I could see the wonder. It never happened.

It was with that hope in mind I went into seeing ORCHESTRATOR OF STORMS the biographical documentary that is playing Fantasia fest.  Sadly while I only came out of the film realizing I have to view the films as surrealist, I didn’t have an “ah ha” moment about his films.

On the other hand I fell deeply in love with the man himself. This is a great portrait of a man who struggled to find the funding in order to make his movies. It’s a portrait of a really interesting fellow who had his vision and went with it. Its also the story of a man who loved movies and who would call up people he met just to talk to them for hours. I love the stories of him connecting with his audience and the tales of his trips to film fests.  I especially love the story of him going into a a theater at a fest that was near empty and delighted at the “big turnout”.

As a film on it’s own terms ORCHESTRATOR OF STORMS is really good. I enjoyed the hell out of my time watching it. Sure I didn’t become a fan of Rollin’s films, but I had a blast learning about them and their creator.

This film is a must for any film fan and especially for those who are interested in Euro-horror.