I’ve been told by a good friend that the one man band HARKNESS is performing in New York City on July 15th at Pianos - 158 Ludlow Street.

Harkness plays all the instruments himself and does all the vocals.

The information that I was sent is as follows: 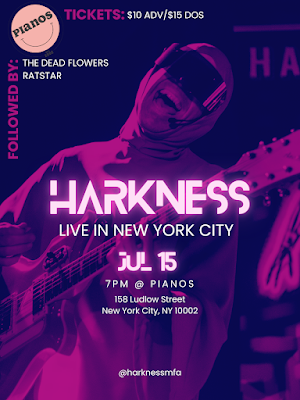 Listening to Harkness I was completely blown away by his grasp of vocal harmony and arranging. His songwriting and production is some of the best I've heard in years."

HARKNESS, a one-man-band from Toronto, Canada, whose gift for rich production has turned heads the world-over, is coming to New York City to Pianos on July 15 to deliver a full-bodied soundscape. Dipping and ducking around 60s flair, while incorporating modern alternative rock and exciting musical experimentation.

HARKNESS has been tirelessly working in his home studio honing his songwriting and production skills. A self-produced multi-instrumentalist, HARKNESS - mystically clad in visor and gown - wears his inspiration from musical titans such as Brian Wilson, Prince, and Todd Rundgren on his sleeve.

His ambitious debut album The Occasion, was released last summer to an endless amount of rave reviews, from around the world, and continues still today.

His latest single Ciao To The Beauty was released two weeks ago, and the video single will have its premiere on MTV, starting Tuesday, June 21.  A new EP, with the same name as the single, will be released in September.

And there is a documentary being made on HARKNESS, directed/produced by Maria Markina for Storyline Entertainment.

If you want a taste of Harness’s music go here: 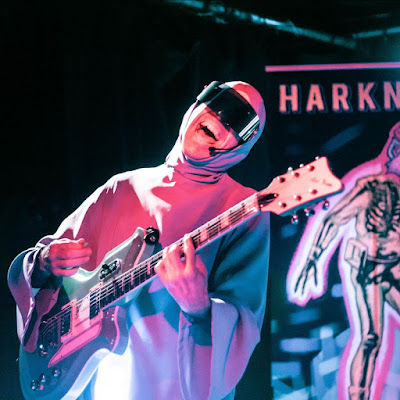 Email ThisBlogThis!Share to TwitterShare to FacebookShare to Pinterest
Labels: harkness, not a movie, theater