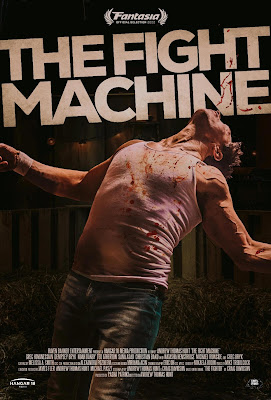 Paul is a spoiled rich kid turns to body building and boxing after getting his ass kicked. Rob is a working class kid being pushed toward fighting by his father and uncle. Both are being set on a collision course in a bare knuckle ring where the winner is the man who can walk away.

This film looks good, has a great cast (including the always wonderful Michael Ironside) and some bone crushing fights. On paper the the film should be top rank. Unfortunately the film never nails down the right tone and as a result the film doesn't quite work.

This should have been played very straight and very serious. This is a compelling tale about families and friends and the things we do to find a place in the world. The trouble is that director Andrew T Hunt fudges things. Some sequences are played for laughs, Paul getting beaten up is more comedic then frightening. Its made worse by his running away like a small child. Some of the crowd reactions to the fights are silly. Some scenes are played much too lighthearted. This frequent dips into lightness runs counter to the blood and broken bones of the fight scenes. As a result we are never fully invested with the result the tragic ending leaves us nonplussed. I should have been rocked and instead I was trying to deduce what went wrong.

While the film is good on it's own terms, the truth of the matter is that what should have been a four star film is in stead a two and a half one. 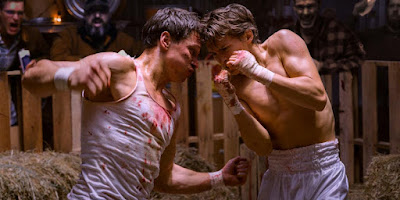