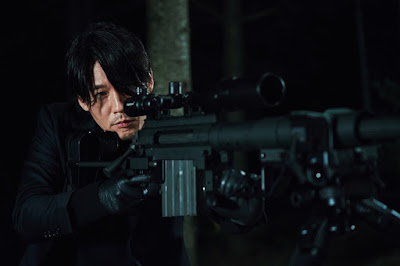 The Killer is killer.

The film has a married hitman/mercenary who is tricked into watching a teenage  girl  while his wife goes on vacation with young girl's mother. The hitman wants nothing to do with her but his wife asked, so he’s doing it. Things almost instantly slide into the toilet when the girl ends up being kidnaped by human traffickers. He rescues her but somehow the people he rescued her from are all dead (he didn't kill them) and the police are snooping around him. Things heat up when the baddies come and kidnap her and make the mistake of thinking that the hitman is an easy kill. Bodies pile up as the only good person turns out to be the stone cold killer.

Balls to the wall action film is an absolute delight.

Jang Hyuk and director  Choi Jae-Hun reteam after The Swordsman for another grand popcorn run. The pair work wonderfully together and its potentially going to be the backbone  of  a long run of great films.

One can completely understand why the New York Asian Film Festival decided to give Jang Hyuk the Daniel Craft Award For Excellence in Action Cinema, he is a powerhouse. He was one of the fight choreographers and his sense of bone crushing action is superb. During the intro director Choi Jae-Hun said that Hyuk was injured during filing and I believe it. (more so since there is footage in the end credits).

How good is the action- I could hear people gasping around me in the theater.

This is a must see.

This is playing in theaters across America right now and at Fantasia in Montreal August 2nd. 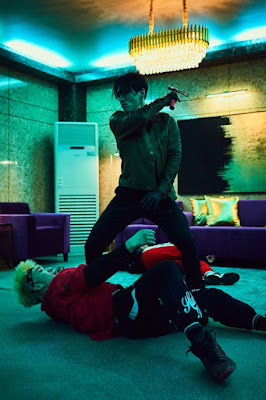