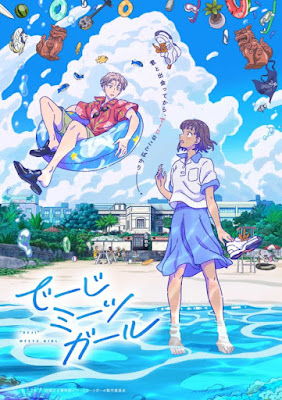 When a cute guy appears at a hotel on Okinawa, a young girl's life is turned upside down as amagic things begin happening around him.
This 20 minute movie is the result of Ushio Taizawa putting the film together as if it was a series of 90 minute episodes.  This film is an often magical little distraction that feel like its a compressed, if perfectly paced feature film. Thats not a knock more a statement that this film that has as much going on as most similar features.
This is a sweet little film that is worth seeing where ever you can see it.
Posted by Steve Kopian at July 23, 2022