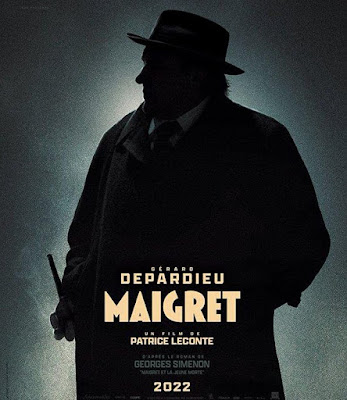 Based on Maigret and the Dead Girl, the 45th novel in the series by Georges Simenon, MAIGRET finally has Gérard Depardieu finally playing the great detective. What took so long?

This is a slow burning character study wrapped mystery. The plot has a disinterested Maigret unhappy with life. Nothing interests him anymore. Heading home one night he stopped and redirected to the place where a young woman was found dead. Wearing expensive clothes that don’t belong to her (we know she rented them thanks to the set up prolog) there is no clue to who she was. Maigret begins his investigation and tries to slowly unravel not only what happened but who this outcast really was.

While we want to know who did what and why, the focus here is less on the mystery, though that is what moves the film, but the emptiness of existence. Maigret is unhappy. His wife says he is someone else. Maigret is pondering life , his own and that of the dead girl. He wants to know how something like this could happen to her. He is looking for a way to reconnect to life. If you are going into the film looking for a satisfying Agatha Christie style mystery you will be disappointed.

Depardieu gives one of his best performances in years. After years of walking through roles where he was good but not great, he finally seems to be taking roles that he can disappear into. While he doesn’t verbally say much he still hits it out of the park with a performance that is pure physicality. In every shot his body is telling us volumes about the state of the man. This is one of the best performances of the year. Yea it’s low key but it’s pure magic.

I love so much of the writing of this film. The dialog sparse and to the point until it suddenly drops a wisdom bomb on us. The film is also full of small moments that move us. For example a Maigret talks to his wife about the expensive clothing and it turns into a fleeting, but moving, discussion of the moment the two met at  fancy dress party where she felt out of place, only to find a similar soul in an equally out of place Maigret.

I love that it transcends being just a murder mystery and instead is a magnificent examination of life.

(And please make many more sequels) 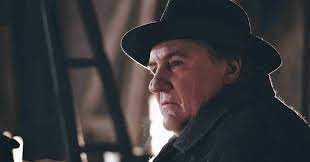