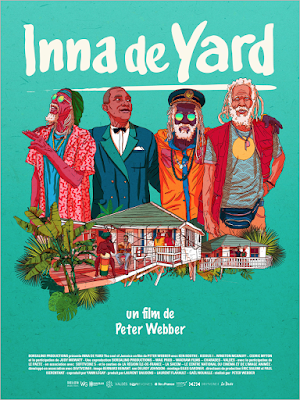 Over the last five years of covering Tribeca, I’ve learned a general rule of thumb for their documentary slate. If it’s a music doc, see it; if it’s an arts doc, skip it; if it’s a fashion doc, take your chances. Peter Webber’s Inna de Yard is further proof that this rule isn’t just conjecture, as this sunny, heart-felt reggae tribute is one of the more charming docs of the year’s program.

The film focuses on the eponymous musical group, a murderer’s row of old school reggae giants and new school luminaries who congregate to play music in the hills towering above Kingston. As they rehearse to record a cover album of their greatest individual hits in preparation for a world tour, Webber pulls them all aside one-by-one to explore the intersection of their lives, their culture, and their music. There’s Cedric Myton, the falsetto singer for legendary group The Congos whose 1977 album Heart of the Congos was as integral to the international spread of reggae as Bob Marley and Jimmy Cliff. As we listen to him perform their hit “Fisherman” he fishes and reminiscences about the struggle of supporting and feeding his massive family, cleaning and cooking his catch in the shadows of the island’s desiccated shacks. There’s Kiddus I, whose defiant love ballad “If You Love Me” juxtaposes his memories of being blackballed from the industry in his prime for seventeen years thanks to legal trouble with the United States. An evening in a drum circle with The Viceroys—a vocal group comprised of devout Rastafarians—allows for an examination of the horrific political and religious oppression their people faced as Jamaica crawled towards modernization in the second half of the twentieth century. Winston McAnuff reflects on the random gang violence that claimed the life of his son, Ken Boothe the tumultuous, self-destructive dangers of fame and success, and Judy Mowatt the global sufferings of black women.

At times the film feels unnecessarily loose and unstructured as it weaves from one musician to the next, but the stories are so human and the music so infectious we’re willing to let them wash over us. As one music collector interviewed explains, while other countries have natural resources like coal or oil, Jamaica has reggae music—or as he nicknames it, “black gold.” Watching this film is like coming face-to-face with the motherlode. 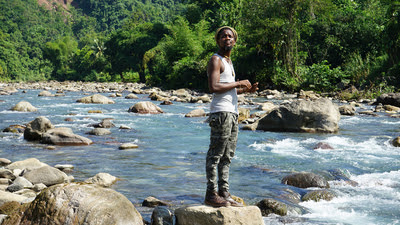