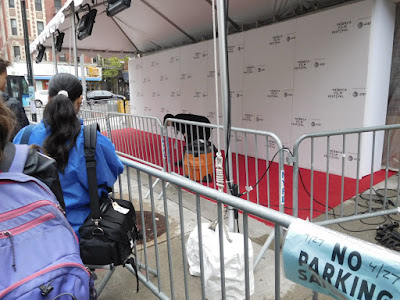 Anyone who follows me on Twitter knows that I have been literally at Tribeca from early early morning until late at night the last four days and seeing all sorts of things like Sheryl Crow Guillermo del Toro, Alec Baldwin, Spinal Tap Robert DeNiro and Martin Scorsese. I've also see around 20 films. However I haven't had a time to post the pictures or write reviews.

Well- the late nights are done so look for reports on the live event as well as even more reviews soon.
Posted by Steve Kopian at April 28, 2019