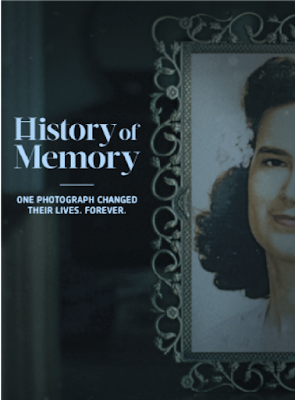 Four part film about the importance of photographs in our lives.

In Secret Album, a woman discovers a family she never knew existed.
At First Sight tells the story of an arranged marriage sparked by photographs.
China Lost And Found is the tale of what a French photo archivist found in bags of negatives that had been thrown out.
It's a Boy tells of an adopted boy who got the baby photos he always wanted.

This is sweet little film that reminds us about how photographs bind and connect us to each other, our families and the world at large.  Simple in the telling each story could actually be it's own short film but combined as they are they build upon each other to have meaning and resonances.

A lovely little film that is recommended.
Posted by Steve Kopian at April 29, 2019