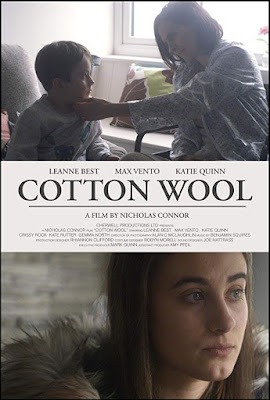 When a woman has a stroke it complicates her relationships with her children. Most of the work falls to her seven year old while her teen aged daughter struggles to come to terms with what has happened.

This is a solid short film that was inspired by the countless parents who are tended by there children, many of which are under the age of 9. We watch as the kids struggle to deal with what has happened in their own ways, which in one case isn't entirely healthy.

Well made and well told the film survives because the cast manages  to sell it, especially young Max Vento as Sam, the son forced to behave as some one well beyond his years. Leanne Best who plays the mom has a star making moment when we watch as the stroke hits her and the terror hits her that she can not explain to her son what is happening and what he has to do.

This a very good film that makes me want to see what director Nick Connor will do next.
Posted by Steve Kopian at April 10, 2019