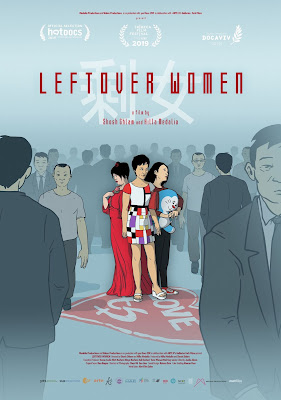 If you a woman in her mid- twenties and not married in China you are considered “leftover”. As you approach your thirties you become less desirable and it becomes harder to find a mate.

Leftover Women is a portrait of three such women. Qui HuaMei is an attorney who has high standards and insists on an equal partnership, Xu Min is a 28 year old radio host. Gai Qi is a 36 and is dating a younger man who adores her but who fears the reaction of his family and friends when they find out just how old she is. Beginning with a brutal meeting between Qui and a matchmaker which falls off the table when the matchmaker tells her she is homely (she isn’t) and needs to lower her standards (even suggesting she take a relationship with someone who might abuse her) the film shows us what happens as the women go through their paces trying to not only find a partner but also come to terms with their situations.

This is a solid look at the quest love and marriage in modern China. Living in a society where women are allowed to pursue their own lives and careers for as long as they want, it is difficult to fathom that women are too old for marriage by the time they are 25. Watching the three women wrestle with their own worth because a society has said otherwise is enlightening. (If nothing else it portends what may happen here if some of the more radical members of the far right world do if allowed to reorder society). On some level I find it hard to believe that the people around them think there is anything wrong with them when it’s clear that there is nothing wrong with them at all. Indeed they appear to be stronger people than the women who have chosen to get married.

At this point I do need to make a disclosure and say that my opinion of the film is colored by the fact that every year Tribeca programs at least one film which explores love and marriage in a non- American culture. While all of the films have been good, they also play better away from the festival where they can be seen on their own terms and not surrounded either by the crush or festival films or the baggage that someone like myself who has been going to the festival for the decade carries. While I like the film a great deal, I think I would have liked it more had I not seen it at Tribeca where ten minutes in I was thinking  "oh it's this year's version..."

Regardless of my personal baggage. Leftover Women is a very good film and highly recommended. 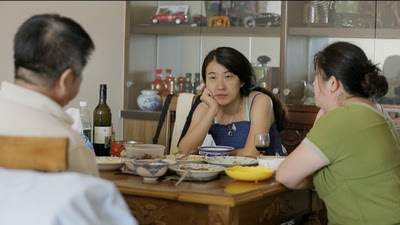